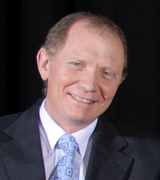 Frik Potgieter, MD, FRCSE is a graduate of the Universities of Stellenbosch and Pretoria, as well as a Fellow of the College of Medicine of South Africa and the Royal College of Surgeons of Edinburgh. He also completed a fellowship in glaucoma at the Queen’s Medical Center in Nottingham, UK before his interest shifted to the field of cornea and refractive surgery.

Dr. Potgieter has a reputation for his knowledge and expertise in the field of refractive surgery. His clinical interests are limited to anterior segment surgery and include corneal transplantation, refractive surgery as well as cataract surgery. He is a frequent invited lecturer at both local, as well as international scientific meetings, and has directed numerous training programs for specialists in refractive surgery. He is a keen researcher and has authored several articles in the popular ophthalmic press, peer review journals, and also contributed a chapter in a widely read textbook on LASIK surgery. For these efforts, he became the first recipient of the Kritzinger Memorial Award in 2000 from the ISRS during their meeting in Maimi, Florida.

As part of his everyday practice, he frequently provides humanitarian services to his local community, for which he received the esteemed Paul Harris Award from the Rotarians in 2013.

In 2003 he founded the the Optimed Eye and Laser Clinic in Pretoria, South Africa of which he is the director. In his spare time he enjoys a game of tennis, photography, competative shooting and flying helicopters. He is married and has three daugthers.

Above all, he finds his strength in the Almighty God, and applies Psalm 91, especially verses 1 and 2 in his everyday life: He who dwells in the secret place of the Most High shall remain stable and fixed under the shadow of the Almighty [Whose power no foe can withstand]. I will say of the Lord, He is my Refuge and my Fortress, my God; on Him I lean and rely, and in Him I [confidently] trust! (The Amplified Bible).