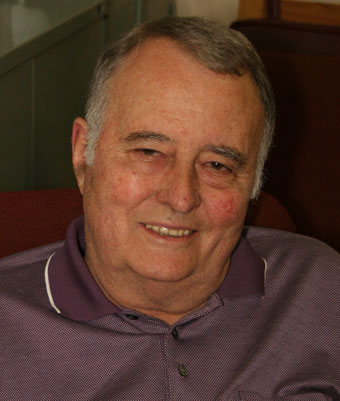 Prof. Stegmann started work on sodium hyaluronate (Healon) in 1977 and 1978 with Prof. David Miller of Harvard Medical School U.S.A. This was completed in South Africa in October 1978.

This resulted in the most significant advance in ophthalmic surgery facilitating the development of visual rehabilitation by a quantum leap.

Use of Healon in Ophthalmology extended to: -
- surgical treatment of congenital abnormalities of the anterior segment
- corneal grafts
- glaucoma surgery
- repair of trauma

To date more than 200 million people worldwide have benefited from this original research work carried out in Harvard Medical School (Boston) and Medunsa.

Refinement of surgical techniques as a result of the use of sodium hyaluronate, have led to Department of Ophthalmology in Medunsa being recognized as a world leader in ophthalmic surgery. This is best illustrated by achievement of highest success rate and lowest complication rate in the world today.

To back these facts, the following international recognition has been accorded:

This achievements have led to a number of children who were previously considered inoperable, to a situation where they could go to tertiary education as a result of Prof. Stegmann’s surgical intervention.

This has also led to most satisfying glaucoma surgery ever developed with most fascinating results.

Prof. Stegmann has developed many surgical instruments with international companies which have included special microscissors, microdiamond scalpels and most accurate surgical trephine yet designed.

Prof. Stegmann’s developed photographic techniques that are now recognized as the highest standard in the world today and have been used for teaching all over the world.

Over the years Prof. Stegmann’s stature has brought a significant amount of money to the Department of Ophthalmology, Medunsa (± R5 million worth of donations from industry both national and international). This includes ± R2 million in grants from First National Bank in recognition of the important medical research developed at Medunsa.

Overseas companies donated more than R3 m in instruments and devices for the benefit of the community served by Medunsa and Ga-Rankuwa Hospital. This was in recognition of the advances in surgical techniques for the treatment of cataracts, glaucoma, trauma and congenital diseases.

Prof. Stegmann has given 30 years of unbroken service to Medunsa without even taking sabbatical leave.

Close collaboration and ongoing research has been established internationally between Medunsa and following universities / institutions:

This has sparked tremendous interest and has led to doctors from all over the world visiting the department to be familiarized with surgical techniques.
I.e. Sweden, Norway, Germany, Italy, Greece, Spain, England, Japan, USA, Australia, Belgium, France, Switzerland, Uganda.

The ophthalmologists who graduated from Medunsa continue to serve the country and other parts of the world with distinction.