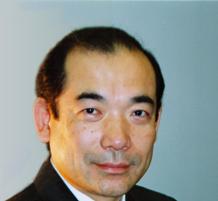 Dr Fukasaku was the first to teach Phacoemulsification and the first to teach Refractive surgery in Japan. He is the inventor of numerous surgical instruments and devices as well as the author of dozens of published papers on ophthalmic surgery. He is also the winner of many honours for his teaching techniques, including the Grand Prize in the ASCRS Film Festival, the International Leadership Award in Ophthalmology by the Hawaiian Eye Foundation, and others, such as these listed below, which are showing the past 20 years only: